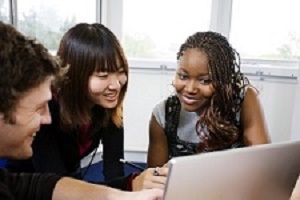 Jobs While You Study!

Earn money while studying for your Higher Ed. Degree 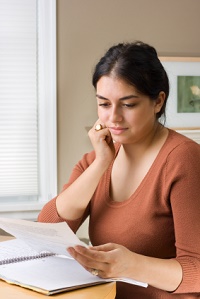 Immigration law requires that all international students applying for an F-1 visa to study in the U.S. must have available liquid assets to pay for the first academic year of study. Liquid assets refers to money in the bank of the applicant or in the bank of a sponsor, (someone who promises to provide funding for the applicant's study). It may also refer to stocks or bonds that can be immediately turned into cash for the student's benefit. Liquid funds which are immediately available for use are accepted as evidence that the student will have enough money for tuition and room and board and other necessities for the first year in contrast with equity in a house or property, for example, which can generate money only after finding a buyer and closing the sale transaction.

Most universities have the same basic requirements of accepting for admission only those students who have enough money, at least for the first year, to pay for their room and board and incidentals. The amount of money that a student may need for any specific period of time (usually one year) will be shown clearly on the I-20 form, which is the official document sent to an accepted applicant and which will be presented to the visa official at the time of the visa interview.

The two most important things about your financial situation are that the visa officer be satisfied that you have 1) enough funds to support your educational expenses, and 2)you have not borrowed any of this money from a sponsor or a friend.

Showing you have enough funds to support your educational expenses

As to the requirement that students must have liquid funds to support their educational expenses for the first year (as noted above), it is not enough to just show the visa official that sufficient money is in the applicant's (or sponsor's) bank account. Evidence must also be available for the visa official to review, if requested, that can show where the money in the bank accounts came from. Did the student save this money from employment over the years? Or did the student's parents give this money to the student as a gift? And where did the money in the sponsor's account come from? The visa officer may want to know the source of the liquid funds being shown as available for the student's use.

The reason for the officers wanting to track the source of the funds is because a small percentage of unscrupulous students applying for F-1 visas over the years have borrowed money from friends or other students and placed the funds in the applicant's account only for purposes of meeting the liquid fund requirement. Then, after obtaining a bank statement showing the student has the funds, the student would give the money back to his friends who may use the same funds to show financial ability for some other student applying for a visa. Thus, it is important that strong evidence be available to show that, in fact, the money in a student's account, or in the sponsor's account, is not borrowed, but rather is, and will be, available for the student's use in the U.S. In order to demonstrate that the funds have not been borrowed or manipulated just for the purpose of the visa interview, the applicant should bring to the interview copies of the applicant's or sponsor's past bank statements to show that the money has been there for a substantial period of time.

Further, it will be very suspicious if an applicant or a parent or other sponsor with a relatively low paying job has an unusually large bank account balance. For this reason, a visa official may often inquire about the student's parents and their employment, their wages and the length of time they have been employed in their particular jobs. Thus, the question applicants may find asked of them in the interview is, what do your parents do and how much money do they make? Be prepared with documentation, rather than relying on oral explanations.

The amount of money that the applicant or the sponsor should have available to show the visa officials will depend on the cost of tuition and room and board as noted on the I-20 form. It is prudent to have available about 25% more than what the I-20 indicates is the minimum amount needed to allow for any emergencies and for travel and personal needs during the first year.

The reason that borrowing money for your education from a friend or sponsor is considered a negative factor is because the officer may conclude that you may need to remain in the U.S. after you graduate in order to earn money to pay back the loan. This may be considered to be a violation of the intent of the F-1 visa regulations — that is, the law states that you must have every reason to return to your home country after you graduate and that you have no compelling reasons or intent to stay in the U.S.

If you do have to borrow money, then borrow it from a bank.  However, it will be important to show the visa officer how you intend to pay it back after you graduate. The source used to pay back the loan should be money that you will earn after you return to your home country, not money that you could earn in the U.S.  If you are taking out a student loan, then make sure and bring all of the loan documentation with you to the visa interview.

As noted above, applicants must provide proof that they have enough "cash money" to cover the first academic year (usually 9 months)of educational expenses.  You, therefore, will to present to the visa officer, a bank statement showing you have sufficient funds for your first academic year.  This will be the amount estimated by the university on section 7 of the I-20 form.  This is, not only, the amount of financial documentation you will need to present to the school in order to obtain your I-20 form, but to the U.S. Visa Officer, as well

Be sure to present an official bank statement, if possible. If the applicant presents only a copy of the bank statement (rather than the original document) when applying for a visa, the visa official may suspect the statement is not real, and so the application for a visa might be denied.

Please note that, if you are planning to use a sponsor to help you pay for your educational expenses, the U.S. visa officers will scrutinize very carefully the bank statement and letter of support that your sponsor has given to you.

If, for example, it is not clear what the nature of the relationship is between you and your sponsor, the visa official may conclude that your sponsor's promise of assistance for you is not credible. (That is, the officers may ask themselves, "Is it believable that this sponsor — friend, employer, family member, or whoever — would actually give this much money to this applicant with no expectation of having the money paid back?") For this reason, the applicant and the sponsor need to make it clear why the sponsor is willing to do such a thing. The minimum amount of documentation needed in this regard is an explanation of this matter in a letter from the sponsor to the visa officer, (or school) that you can take with you to your interview.

If the amount of money in the sponsor's bank account is barely equal to the amount you need for your education expenses, the officer may wonder why the sponsor would save this money over time only to give it ALL to the student. Such a thing is not generally reasonable to believe, unless the sponsor is a parent or a very, very close relative, or there is some other unusual circumstance that can explain this.

Documentation to Support your Financial Documents

When you go to your visa interview, be sure to bring documentation about the source of your, or your sponsor's bank statement.

There needs to be some accompanying documentation showing how long the money has been in the bank. That is, if you take with you to the interview some information that demonstrates that over an extended period of time you or the sponsor has been consistently depositing money in the account, it is more believable that the money really is yours or the sponsor's money. On the other hand, if it appears to the visa officer that the money has just been recently put into the account, and there is no special circumstance to account for where it came from — then the officer may conclude that you borrowed money from various sources and put it in the account just for purposes of deceiving the visa official.

Further, if there is no supporting documentation showing that the money reflected in the bank statement actually belongs to you or the sponsor, the visa official may reject its validity. Thus, it is a good idea to present a letter from your or the sponsor's employer, or paycheck receipts, or something that indicates how much you or the sponsor earns and how many years you or the sponsor has worked at your/his/her job, etc.

If you have any questions about the visa interview, please do contact us.  We are happy to answer your questions. 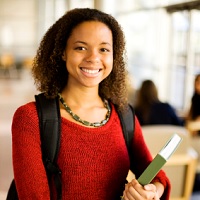